Pictures of the Wharf

Here are the photos of the wharf which Marty Lewis took... 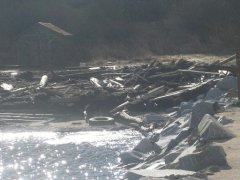 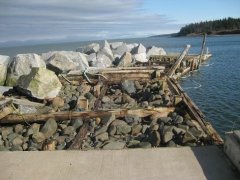 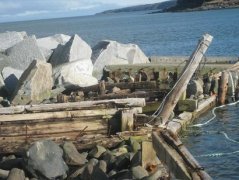 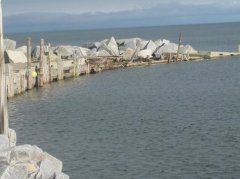 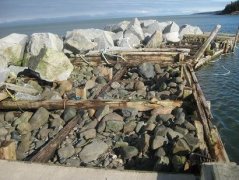 Lobster fisherman Kevin Corbett surveys what remains of the Port Lorne wharf on Friday. Residents of the small Bay of Fundy community are hoping to save the historic structure. (GORDON DELANEY / Valley Bureau)

PORT LORNE — Rising sea levels continue to take a toll on Nova Scotia’s coastal communities — just ask Kevin Corbett. He has fished the turbulent waters of the Bay of Fundy most of his life, as his father did before him. Corbett stood on the Fundy Shore Friday surveying what’s left of the historic wharf in Port Lorne, north of Lawrencetown, Annapolis County. He used to tie his 14-metre lobster boat to the wharf. Now he takes it up the bay to a wharf at Hampton, adding to his transportation, time and travel costs. “There used to be three lobster boats here, but now it’s not safe,” Corbett said. The future of the historic wharf here in Port Lorne is at risk after extensive damage over the years. The community is trying to find a way to save the 150-year-old structure after the latest storm wreaked havoc on it earlier this month. “When that storm surge or nor’easter came in, it ripped about (24 metres) right off the deck,” said Wayne Fowler, municipal councillor for the area, who lives just a short distance from the wharf. He said the damage has left a lot of the underlying structure exposed, with many of the supporting posts showing their age and wear. He figures about a third of the wharf’s deck was torn off, running about eight metres from the end all the way back to the middle of the wharf. “I have no idea of the dollar damage, but when you’re talking wharves, you’re talking hundreds of thousands of dollars,” Fowler said. It’s one of many Nova Scotia wharves the federal government handed over to communities about 15 years ago. The government of the day said there would be money for their maintenance. But many small coastal communities have struggled to keep their wharves, having to raise funds, seek municipal grants and find unique ways to pay for costly repairs and rebuilding projects. The Port Lorne Preservation Society, a not-for-profit community group, has jurisdiction over the wharf. But it has no access to funding and its members are in a quandary over how to pay for repairs. It’s still a working wharf, with two lobster boats supporting seven families. It’s also the cultural heart of the fishing community, said Fowler. “It means an awful lot. … This is a port community, always has been.” It’s also a tourist attraction, with its scenic views and quaint fishing community setting. But more importantly, it acts as a crucial breakwater for the local shoreline, buffering it from rugged Bay of Fundy storms. There are two homes and a church that are close to the bank on the east side of the wharf that could be threatened. Fowler made a presentation on the wharf’s damage at Annapolis County council’s regular monthly meeting Tuesday. Council agreed that many local wharves in the county are owned by not-for-profit community groups without the resources for costly repairs and other long-term maintenance. It has asked staff to meet with members of the Port Lorne Preservation Society to investigate options for repairing the damage. Fowler said the municipality has a little grant money available, but the maximum would be about $10,000. He estimates the repair job at about $300,000. “I know the society members are doing their best to get something rolling on it. … Not having it repaired … would be an awful thing,” he added. “But there’s just no way the community can raise enough money with bake sales and things like that,” Corbett said, while waves lashed the rock breakwater behind him. He said rising sea levels are playing havoc with the entire coastline, threatening what remains of the wharf in this tiny community of 300. Undeterred, residents plan to clean up the debris strewn around the wharf and meet with county officials to discuss possible options. “We’ll have to figure out something,” Corbett said. “It’ll have to be fixed.”

Martin Lewis, from the community group preserving the wharf in Port Lorne, and local resident and Annapolis County Councillor Wayne Fowler stood Monday on the end of the wharf where a mid-January storm caused massive destruction. The entire deck of the wharf – for about 80 feet – was torn up and washed away. That left some old posts and the rock ballast. There are two boats that fish from the wharf, providing employment for seven families. And the wharf and breakwater also protect the shoreline where erosion in the past has already claimed several homes and an entire field. Lewis is afraid if the wharf is not repaired and the rest of it collapses, some homes will be washed away within the next 20 years. Lewis is hoping there is some funding out there somewhere that his group can tap into to repair the wharf. The storm was so strong that one concrete 'manhole' in the part of the wharf that survived, was lifted right out of the deck and carried away by the waves that Lewis said just rolled over the breakwater. The manhole weighed several hundred pounds. Lewis said the wharf is more than 100 years old, making it one of the oldest along the Fundy shore. Fowler said county council will help seek funding. 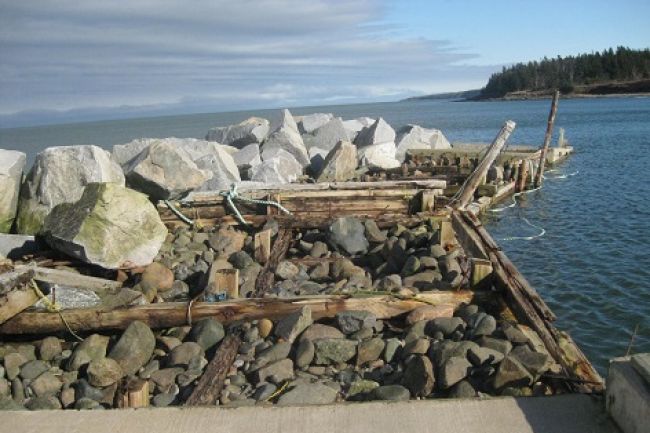